We Will Double Spending On The Transport System 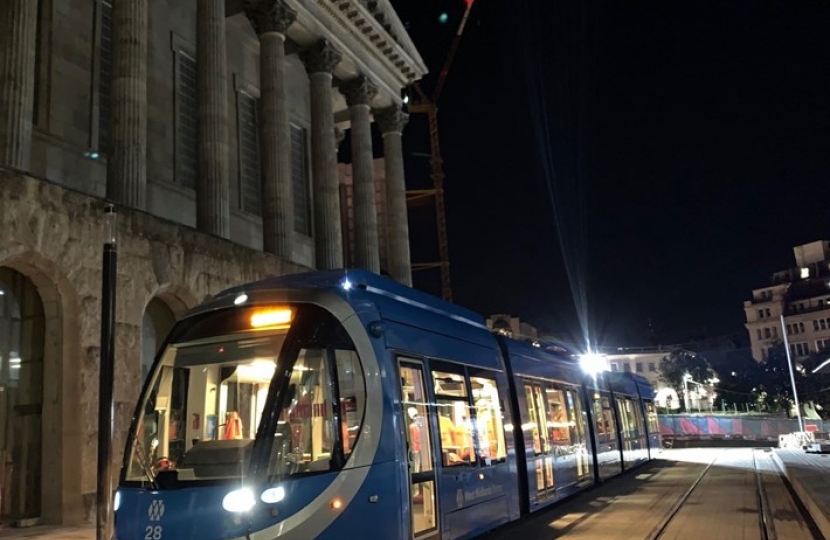 I have pledged that I will double transport spending if I am is re-elected in May.

New figures compiled and released today, at the beginning of the financial year 2021/22, show that the transport capital budget in the West Midlands has already increased by seven times from £38 million to £277 million in 2020/21.

My new commitment would therefore take transport spending to over half a billion pounds a year by 2024.

We’ve made great progress in bringing in more cash for transport, but in the next mayoral term we need to secure even more funding to pay for our Transport Plan for the West Midlands. These figures demonstrate my track record in bringing in cash. I know that I can get Boris and Rishi to back our transport plans.

Prime Minister Boris Johnson, this week said: “As we come out of the pandemic, the West Midlands faces big challenges. To meet them, we need an experienced and effective Mayor, who has shown he can work with Government to secure the investment needed to drive the recovery and create jobs. With his business skills, experience as Mayor and proven ability to secure funding, I know Andy Street is the man for the job."

Gary Sambrook, Conservative MP for Birmingham Northfield said: “Voters should ask themselves, who do they think is most likely to get the investment we need from Government in the next three years?”

“We need a Mayor with the Midas touch, not a moaning Labour politician. Andy Street will get the best deal for the West Midlands.”

West Midlands Combined Authority financial reports show that capital funding has increased significantly since I became Mayor in May 2017. 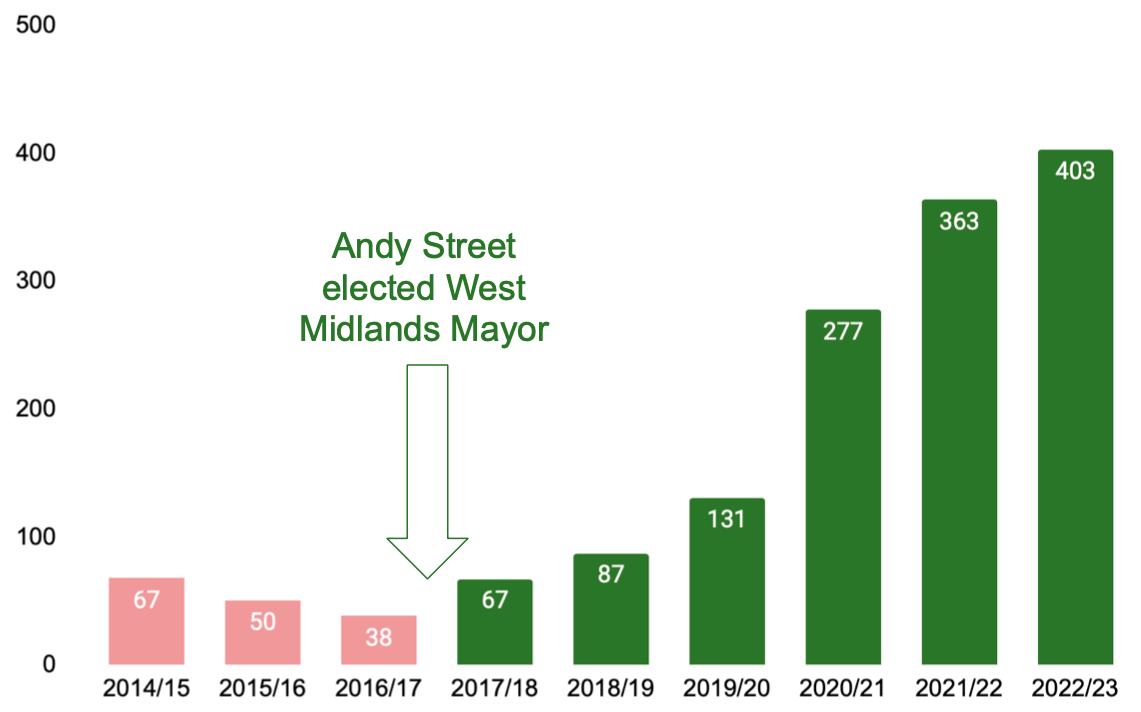 Big injections of cash came from the Transforming Cities Fund (£250 million in 2017, then another £72 million in 2018), the funding for the Birmingham Eastside Metro extension and Sprint (£160 million in 2020), funding for rapid bus routes and the Coventry All-Electric Bus City (£74 million), further funding for cycling and walking through the Emergency Active Travel Fund in (£17 million in 2020), and funding to rebuilding rail stations in the region - Darlaston, Willenhall, Kings Heath, Moseley and Hazelwell (£59 million in 2021).

I am confident in winning the West Midlands share of the £4.2 billion intra-city transport settlement from 2022/23.