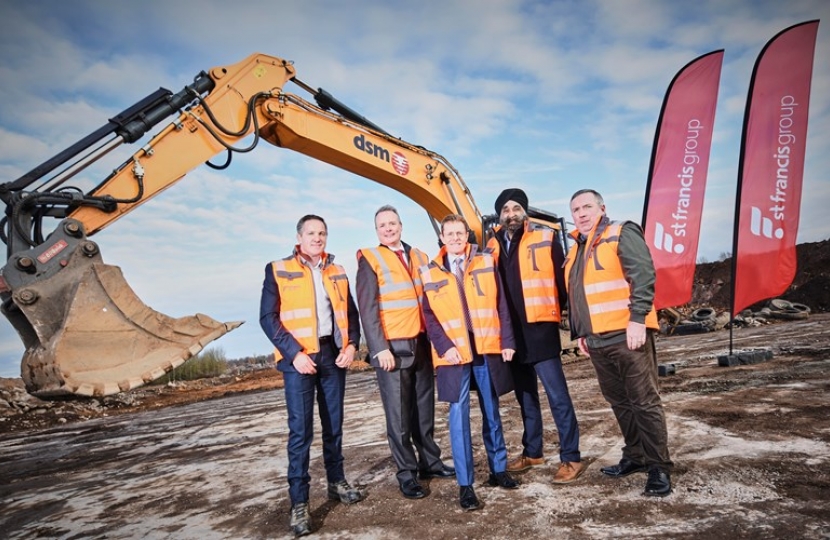 Mr Street, who heads up the West Midlands Combined Authority (WMCA), was speaking after new figures revealed that over in 2018-19, nearly 17,000 new homes were built in the West Midlands, meaning housebuilding for the region has more than doubled in the last eight years.

And the Mayor said that Walsall was ‘at the heart’ of a housebuilding revolution in the region - which saw a 15% rise on the previous year, or twice the UK average increase.

“Walsall is playing a vital role in the growth in housebuilding,” he said, “and we are seeing some really ground-breaking schemes in the borough which are leading the way in and exciting new science to reclaim old industrial sites.

“We all know that there is a real need to build new homes, but it’s very important that we build them in the right places.

“That means making sure that each area in the West Midlands contributes, that they are built where they can boost the economy, and that we try to avoid building homes on Green belt land and open spaces.

“Our region is leading the UK on reclaiming and cleaning up old industrial sites to be used for housing, and Walsall is one of the places where this is really working.”

Mr Street said that developments on Goscote Lane and at the former Caparo engineering site, off the A34 Green Lane, were examples of neglected sites from Walsall’s industrial past being cleaned up with Government money.

“Some of these sites have been derelict and neglected for decades, but we are finding ways to build homes on them, providing much-needed new housing without targeting the Green Belt.”

“Walsall Council leader Mike Bird is the chairman of the WMCA’s housing board and is passionate about the ‘Brownfield First’ policy – so it’s no wonder that Walsall is at the heart of this housing revolution.”