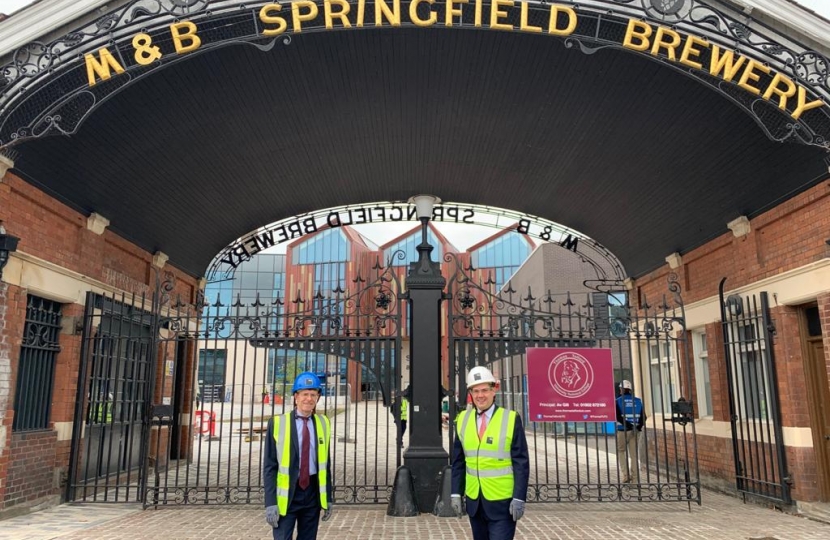 After another interesting week for the West Midlands, I wanted to take the time to update you on what is going on across the region, as well as reflect on some key announcements from the past week.

First, of course, I must start with the coronavirus pandemic. The situation in the region remains stable, and we are still in the same positive position that there is NO prospect of the West Midlands going into lockdown or having stricter measures imposed as seen in Leicester and the North West. The latest infection rate data for the WMCA area is 11.5 per 100,000 people, about half of what it was in Greater Manchester when the new measures were introduced. That our region is in this position compared to the North West, despite their similarities, is testament to all the hard work everybody has put in to following the guidelines, keeping themselves and others safe, and slowly trying to drive the virus out of the region.

However it is far from plain sailing, and we are seeing spikes in the number of infections in certain areas across the region. The latest data, which is now being released on a weekly basis through the local authorities, shows Coventry and Wolverhampton had the greatest rise in the rate of infection over the last two weeks, while Sandwell’s number remains the highest, albeit now on a downward curve. Leicester and the North West have shown us how quickly the virus can get away from us, and therefore I would ask everyone to keep up the basics of hand washing, social distancing, and wearing a face-covering where appropriate. Indeed wearing a face covering is starting to become second nature to many people, including at places of worship.

Coverings have been compulsory on public transport for a number of weeks now, and it was good to hear from West Midlands Trains at our weekly press briefing all they are doing to make their services safe. All our public transport operators have done a fantastic job throughout the pandemic balancing the need to keep services running while also making sure they are safe and clean. All modes of public transport – particularly trains – now have significant capacity to start welcoming non-essential passengers back.

Earlier this week we had the brilliant announcement from Government that £66m from the Get Britain Building Fund was to be invested in the West Midlands. The money will be spent on a variety of projects across the region, including the Very Light Rail Innovation Centre in Dudley and the National Brownfield Institute (NBI) in Wolverhampton. It was great to welcome the Communities Secretary Robert Jenrick to the NBI on Tuesday, and I think it symbolises a real commitment from the Government to the West Midlands to have the Cabinet minister responsible visit. This follows on from the Prime Minister’s speech in Dudley last month. Not only did Mr Jenrick’s visit to his birth city allow him to reacquaint himself with the Express & Star newspaper, where a two-week work experience stint put him off journalism for life!, but it also gave me an opportunity to bend his ear on a number of critical issues for the West Midlands.

One issue that I have been taking up with Mr Jenrick’s department is that of unsafe cladding on buildings in the West Midlands. It is a complex issue, but one I will try and briefly explain here. There are several buildings in the region which need cladding replacing, three years on from the Grenfell tragedy. Back in 2018, the Government announced a fund to help carry out this work, but the fund only covered a certain type of cladding on social housing and not those in the private sector. A lot of behind-the-scenes lobbying went on, and earlier this year the Government announced a £1bn fund that covers a wider range of buildings. Applications for this fund have now closed, and I understand many of our blocks across the region affected by the cladding issue have put their bids in. This is a great step forward, however, it is unlikely £1bn will be enough to cover all buildings, and there are some that are not eligible, or have other related issues that need addressing. Meanwhile, as long as the cladding remains in place, residents are left with bills that could bankrupt them. As you can imagine, this is having an incredible emotional toll on those affected. I have been campaigning for a number of months behind the scenes, cross-party on this issue with Birmingham MP Shabana Mahmood. It was good to catch up with Shabana this week (over Zoom of course as is the new way of working!) to discuss the next steps we should take.

And on the subject of working in a non-partisan way, I found myself the victim of some cheeky interpretation including by my Labour opponents this week when I spoke to Times Radio about the role of Mayor. To be clear, I have always seen the role of Mayor as an executive one, slightly different to traditional politics, which requires you to work cross-party for the good of the region. The GBBF announcement this past week is a great example of that, as I had to work together with the four Labour Councils in our region on our collective bid. Petty politicking and local rivalries would have just weakened our business case to Government and the only losers would have been local people who need the new jobs, better transport and more homes we are working to secure. It is no secret that I am not a hardened Party politician – I came to this job from business and will always apply that ethos and put my region first. Given that background I do of course think it is regrettable that more people haven’t come forward from outside conventional politics to stand and diversify the pool of thought. Equally, I have never hidden my politics – it is why I stood as a Conservative and why I will stand as a Conservative again (if they’ll have me!). I am proud of our shared record locally and I am proud to stand on that record. I firmly believe that having a Conservative Mayor working with a Conservative Government enables us to deliver better outcomes for people’s daily lives and we can point to many examples of that. After years of relative neglect and decline, having that partnership in place is making the difference locally that I came into this job to deliver.

Elsewhere there has been a mixture of good and bad news for the region. After a brilliant football season for the West Midlands, which has seen two promotions and a Premier League survival, we could now be on course to see a European cup finally return home to the region. It was a great performance by Wolves on Thursday night against Olympiacos and, it would be quite brilliant for the West Midlands to be home to European champions once again. I wish Wolves and all their supporters the best of luck for the remainder of their Europa League campaign.

It has also been good to see the Chancellor’s Eat Out to Help Out scheme in full flow. I dined with colleagues at La Galleria on Monday night to make the most of the new scheme, and it is positive to hear from many restaurant owners across the region how the scheme is driving early-week customers. But there have been some grim bits of news this week that remind you just what a perilous economic situation we are in. From Birmingham Hippodrome consulting on job cuts and cancelling its 2020 Christmas season, to media organisations across the region closing titles and axing jobs, it really is a difficult time at the moment. My thoughts are with everyone affected by job losses and the threat of redundancy, and I want to assure you that myself and other civic leaders across the West Midlands are doing all we can to support you. Alongside business and union leaders we continue to make the case to Government as to what our local economy needs to bounce back, protect current jobs, and create new ones. With new national data saying the economic dip may not be as severe as feared, but that it could be more prolonged, it looks as though there will be lots more sustained lobbying and creativity required!

Have a great weekend and stay safe,