MPs And I Appeal For Derelict Sites To Protect Green Belt 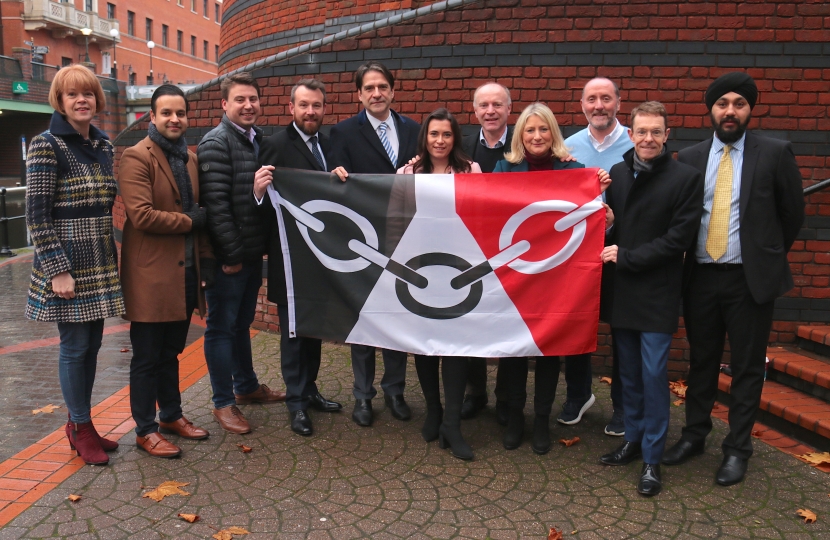 Local Conservative MPs and I want the owners of derelict former industrial sites to help save Green Belt across the Black Country – by putting their land forward for redevelopment.

I've championed the reclamation of old Brownfield sites for the building of new homes, and believe there are enough derelict eyesores across the Black Country to ensure no Green Belt land is built on for a decade.

Now I've united with MPs to urge the owners of Brownfield sites to put their property forward to be considered for development.

Thanks to the Black Country’s past as an industrial heartland, we have plenty of empty and derelict sites which could be reclaimed for housing, I believe we can potentially avoid building anything on our precious Green Belt for years – if we can identify and free-up enough of those sites for development.

Some of them have been derelict for years and may be contaminated from previous industrial use, but we have money from the Government ready to clean up these sites - removing eyesores, providing much-needed quality new housing protecting our open spaces.

That’s why, with the help of the 10 Conservative MPs across the Black Country, I’m reaching out to the people who own the derelict Brownfield sites to say: ‘let’s use this land for something positive.’

Earlier this month Prime Minister Boris Johnson used a landmark speech in Dudley to announce a further £84m for Brownfield reclamation, along with plans to build 7,500 homes across the region. The new investment comes on top of a £350m Housing Deal we'd already negotiated.

The Black Country is becoming recognised as a national leader in the science of reclaiming industrial land, with a £24m National Brownfield Institute planned for Wolverhampton, and numerous projects already underway.

In Wolverhampton the first homes have gone on sale at Steelhouse Lane, while in Walsall sites like the old Caparo engineering works and the Harvestime Bakery have been given the green light to be used for new housing. In West Bromwich the biggest brownfield site development of all - Friar Park – will see a former sewage works, bigger than 30 football pitches, become a 750-home community.

The Black Country Plan, a document which will set out the area’s planning policy until 2039 is currently being drawn up, but owners of Brownfield land must put their sites forward for consideration by August 20th.

I believe that if more Brownfield sites are made available in the plan, controversial developments on Green Belt sites would not be needed.

Across the Black Country, at much-loved places like the Seven Cornfields, Foxcote Farm in Wollescote, and Tack Farm in Halesowen, residents are fighting to stop developers taking away their valued open spaces.

Developments on the Green Belt like this should not be necessary in the Black Country for another decade, because we have the technology, the money and the skills to reclaim old derelict sites that blight our communities for use in housing instead.

Now we need the owners of these sites to come forward and put them to good use, to create a drumbeat of Brownfield sites that will protect the Green Belt.

Owners of Brownfield sites can put their land forward at https://blackcountry.oc2.uk/document/5 or email: blackcountryplan@dudley.gov.uk. The deadline is Thursday, August 20th at 5pm.