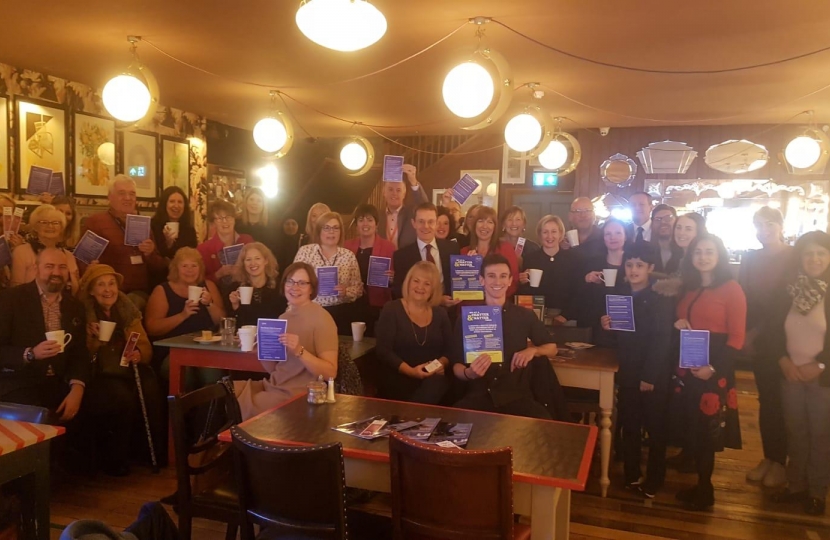 West Midlands Mayor Andy Street is backing a pioneering scheme that aims to get Solihull people talking, combating loneliness and bringing a community feel to businesses across the borough.

Mr Street, who grew up in Solihull and now heads up the West Midlands Combined Authority, is throwing his weight behind the roll-out of the national Chatty Café scheme across the area.

The scheme has a simple idea: venues pay a one-off £10 sign-up fee and designate a ‘Chatter and Natter’ table where people can sit if they’re happy to talk to each other.

The goal is for every cafe, coffee shop and community venue to have a ‘Chatter and Natter’ table, and for local neighbourhoods to be at the heart of creating a less lonely, chattier region.

Mr Street said: “I’m backing the Chatty Cafe scheme as I think it’s a fantastic way to help people connect with each other in the places that matter to them.

“Our local high street businesses have an important role to play in helping to create friendly, chatty places. Having grown up in Solihull I know just what a friendly place it is, so I am sure the scheme will be a huge success here.”

Solihull BID (Business Improvement District) is backing the Chatty Cafe scheme in partnership with Mr Street, and it was launched at Paramo Lounge on the High Street this month.

So far, Solihull cafés taking part in the scheme include Encore Cafe; Paramo Lounge; A Place to Eat in John Lewis; Boston Tea Party; The Beech House; Tap and Tandoor; the Crowne Plaza Solihull, with many more looking to sign up to the scheme.

Chatty Cafe was originally the brainchild of Oldham mum Alexandra Hoskyn, who felt inspired to set up the scheme after visiting a supermarket cafe with her then four-month-old son. Launched in 2016, hundreds of venues have got on board with the initiative within the past few years.

Mr Street added: “Through my former role as the Managing Director of John Lewis, I know that our local high streets and coffee shops are the places that bring us together.

“However, sometimes we all need a bit of help to make new connections.

“My goal is for every high street coffee shop in the region to have a Chatter & Natter table, and for our local businesses to be at the heart of creating a less lonely, chattier region.”