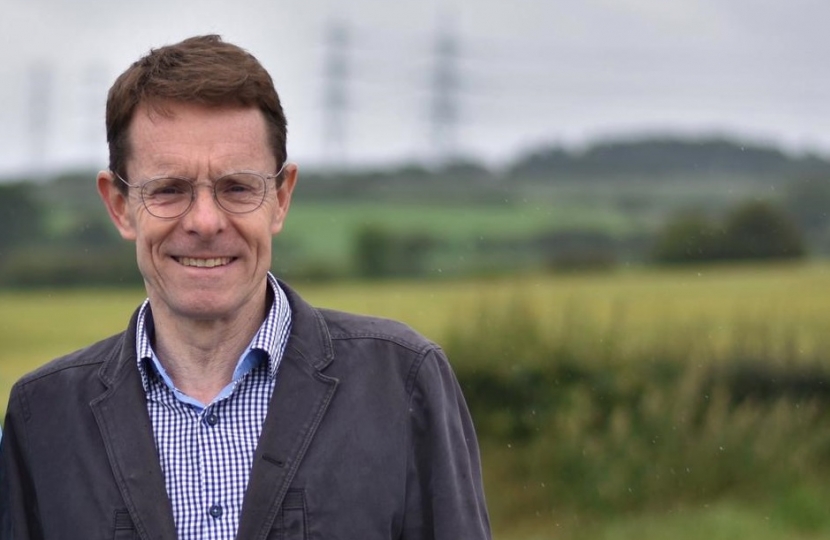 I will continue to win Government funding to deliver my ‘brownfield first’ policy across the Black Country – to protect key parts of the Green Belt, especially around the Halesowen, Stourbridge and Sedgley areas.

This ground-breaking policy uses millions of pounds of investment to reclaim old derelict sites for development, instead of building new homes on cherished green spaces.

Brownfield first works – we have shown that here in the Black Country. I said last year that I believed there were enough derelict eyesores across the area to ensure no Green Belt land is built on for at least a decade.

Thanks to the Black Country’s past as an industrial heartland, we have plenty of empty and derelict sites which could be reclaimed for housing.

I believe we can potentially avoid building anything on our precious Green Belt for years – if we can identify and free-up enough of those sites for development.

Some of them have been derelict for years and may be contaminated from previous industrial use, but we have money from the Government ready to clean up these sites - removing eyesores, providing much-needed quality new housing protecting our open spaces.

Last year Prime Minister Boris Johnson used a landmark speech in Dudley to announce a further £84m for Brownfield reclamation, along with plans to build 7,500 homes across the region. The new investment comes on top of a £350m Housing Deal already negotiated by Mr Street.

The Black Country is becoming recognised as a national leader in the science of reclaiming industrial land, with a £24m National Brownfield Institute planned for Wolverhampton, and numerous projects already underway.

In Wolverhampton, the first homes have gone on sale at Steelhouse Lane, while in Walsall sites like the old Caparo engineering works and the Harvestime Bakery have been given the green light to be used for new housing. In West Bromwich the biggest brownfield site development of all - Friar Park – will see former sewage works, bigger than 30 football pitches, become a 750-home community.

Across the Black Country, at much-loved places like Tack Farm in Halesowen, residents have been fighting hard to stop developers from taking away their valued open spaces.

Developments on the Green Belt like this should not be necessary in the Black Country for another decade, because we have the technology, the money and the skills to reclaim old derelict sites that blight our communities for use in housing instead.