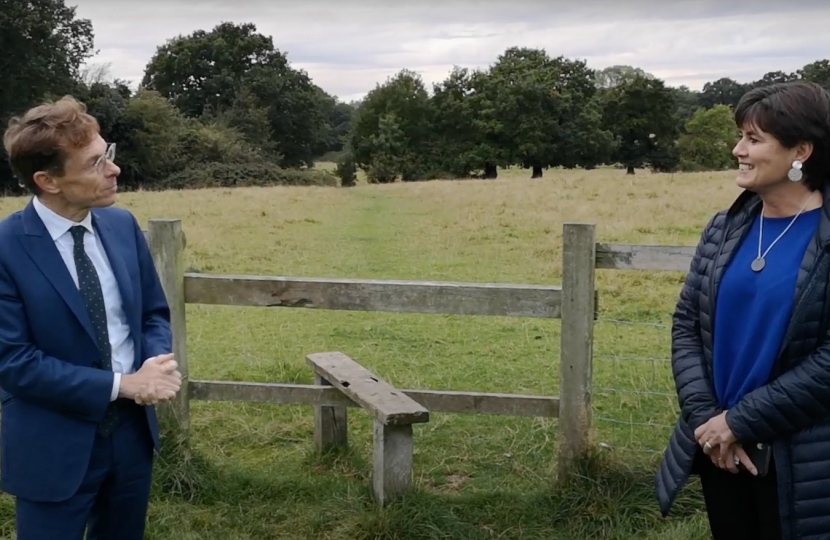 I would like to share my thoughts on perhaps the most difficult issue we face in Balsall Common and Solihull – the Green Belt.

As West Midlands Mayor – and someone who grew up in Solihull – I am acutely aware of the significant housing challenge facing Solihull Council, and in turn the community in Balsall Common.

When I visited the British Legion in the village last summer, the impressive turn-out – and the impassioned arguments made during the meeting – left me in no doubt about how important this issue is locally. Beforehand, I had walked the footpaths around the Barratt's Farm site with residents, to better understand the impact of plans for the site.

It’s clear that similar concerns surround the Windmill Lane plans, and I support the fact that revised proposals show many fewer homes proposed around the landmark. However, I know much concern remains.

Right across the nation there is pressing need for new homes, and our region is leading the way in building more and more each year, particularly on old derelict brownfield sites.

However, the challenge in Solihull is bigger than anywhere else in the region. That’s because of the demand for homes, the relative lack of available brownfield sites and the huge amount of the borough that lies within the Green Belt.

This open space is rightly cherished by local people. It is part of the area’s unique character. There’s no doubt that we face tough decisions ahead as we try to strike a balance between preserving that character for future generations, while also providing them with the homes they need.

There are few ‘right’ answers in such a challenge, but I believe we must try to put in place structures that help us make the right decisions.

I believe, for instance, that Solihull Council is right to progress the creation of a Local Plan, the legal document that sets out the authority’s planning ambitions for the future. I am aware of concerns among Balsall Common residents that, in setting out the future of the Borough, the proposed Local Plan includes significant development around the village.

However, whatever the eventual shape of the Local Plan, it is vital that one is adopted - as, without one, the borough would be left vulnerable to a wave of planning applications without the ability to defend against them.

I am also working closely with Solihull Council, on a regional level, to provide financial support to reclaim brownfield sites for development, to meet the need for new homes. So far, we have brought in £434million of Government funding to deliver this “brownfield first” approach to building houses.

I commend the Council for working to concentrate more new housing within Solihull Town Centre, which will not only help provide footfall for businesses but also reduce the pressure on the Green Belt.

I am also leading efforts to make the UK Central Hub happen. Taking shape alongside the HS2 interchange at the NEC and airport, this has the potential to become one of the best-connected residential areas in the country.  It is a true game-changer for the West Midlands and, I believe, will play a massive role in defending the borough’s villages from expansion.

Of course, right now, our focus must be on defeating coronavirus, by each playing our part to follow the guidelines and bring down the infection rate.

However, it’s also vital that important issues such as the Green Belt continue to be addressed, however challenging they are. I want to use my role to encourage local ideas and attract regional investment to help find real solutions for Solihull and Balsall Common.