An Update On My Transport Plan’s Progress 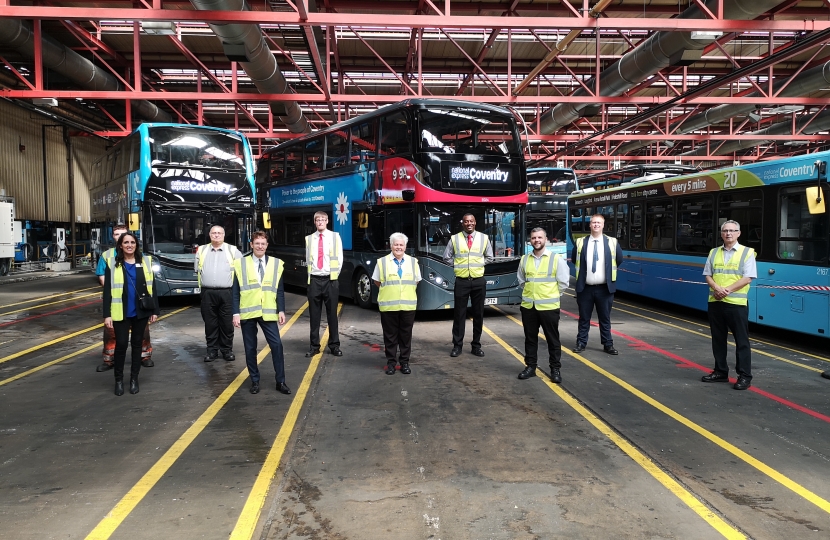 Despite the impact of Covid, progress continues apace on my investment plan to transform the region’s public transport.

I want to pay tribute to all of the bus drivers, metro and train staff who have kept our public transport running in the most difficult of conditions, ensuring people can get to work and keeping the fabric of our communities together. Thanks also go to all the teams working on building the vital new transport infrastructure. We’ve not stopped investing in our transport and these improvements are going to underpin our economic recovery and jobs.

Also, I am working closely with Andrew Mitchell MP and local Conservative Councillors to significantly improve the service and facilities for train and bus users in the Royal Town of Sutton Coldfield.

In Coventry there is progress being made with:

Work is continuing in Dudley and Sandwell to deliver the metro expansion through Dudley Town Centre and out to Brierley Hill.

Solihull Council and I are working together on a series of transport and environmental improvements.

Cllr. Ian Courts, Solihull Council Leader comments, “Working with Andy regionally we are taking strong action to improve the environment and transport experience in the borough, including plans for enhancing local rail services.”

In Walsall I am progressing with:

With planning permission granted, Eddie Hughes MP and I are working to secure the Government funding to start work on Darlaston and Willenhall stations, restoring direct trains between Walsall and Wolverhampton. Also, Wendy Morton MP, Walsall Council and I are working to purchase the site for the new Aldridge station and secure planning permission.

In Wolverhampton work is progressing with:

With the £150million transport interchange nearing completion I am working with local MPs Stuart Anderson and Jane Stevenson on winning Government backing for a new railway station to serve the Pendeford and Tettenhall communities.