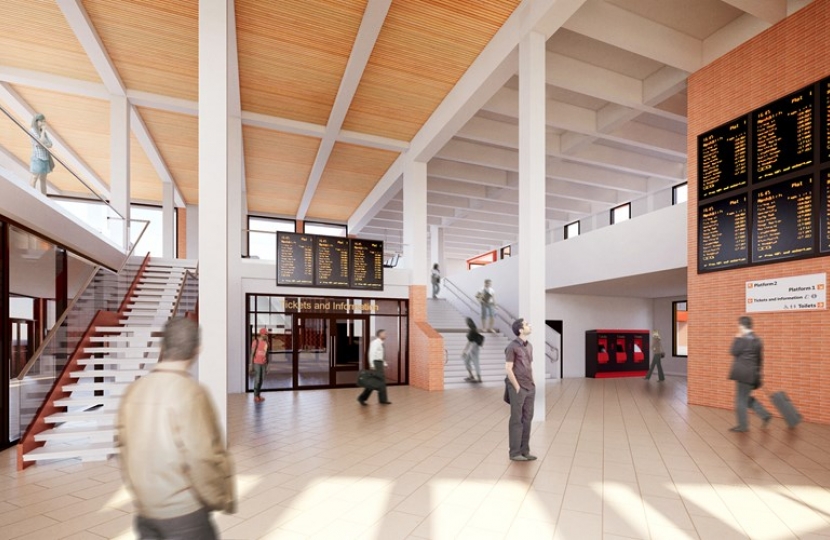 West Midlands Mayor Andy Street says stunning plans for a revamped University Station in Edgbaston will put the area on the map by providing a ‘fitting gateway’ for visitors.

Plans have now been submitted to Birmingham council chiefs for the new-look station, which has become one of the region’s busiest rail transport hubs.

Mr Street, who heads up the West Midlands Combined Authority, said: “These striking plans reveal a station that will provide a fitting gateway to visitors to an area which is seeing huge amounts of growth.

“It will also help lower the amount of traffic on roads in the area, which is a big concern locally.

“The University of Birmingham and the Queen Elizabeth Hospital are two landmarks of the West Midlands, but the fact is they have outgrown their 49-year-old station.

“With a new life sciences campus on the way and the university and hospital continuing to expand, this area needs an impressive new station for students, staff, visitors and the Edgbaston community.

“That is why we are putting this investment in place and are committed to getting it done in time for the Commonwealth Games.
“Edgbaston is showing huge growth and deserves a state-of-the-art railway station that reflects that growth.

“The tabling of the proposals with council planners is a significant step towards making this a reality for local people.”

The current University Station in Edgbaston is used by 3.3 million passengers a year – vastly more than the 400,000 it was designed for in the 1970s.

The expansion of the University of Birmingham, together with the on-going development of University Hospital Birmingham and major regeneration of the surrounding area, have all played a part in driving the huge growth in passenger numbers.

The West Midlands Rail Executive (WMRE) and Transport for West Midlands (TfWM) are leading the project to create a station fit for the future capable of handling 7.2 million passengers a year.

The new station building, located close to the existing station, will offer a bright and comfortable space and new facilities for passengers.

Platforms will be connected by a wide footbridge which will also provide direct access from the station across the canal to the University campus.

The new station is expected to be completed and open by the end of 2021, in time for the 2022 Commonwealth Games when the University hosts the hockey and squash competitions.

It is one of a number of significant rail improvements being driven by Mr Street, including plans to reopen stations in Kings Heath, Mosley and Hazelwell with revamped stations in Coventry and Wolverhampton.