Sky Blues Back In Coventry: How I helped Finalise This Monumental Deal | The Conservative Party Skip to main content

Sky Blues Back In Coventry: How I helped Finalise This Monumental Deal 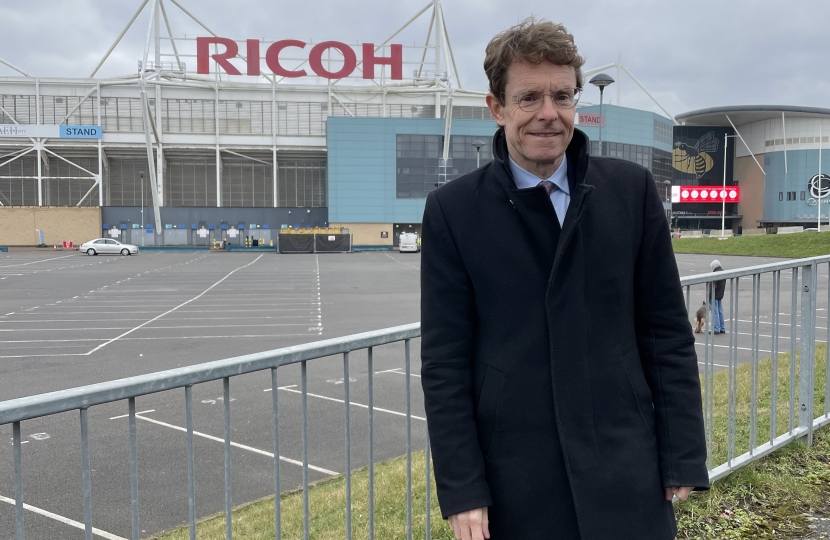 I am delighted that I was able to help with the ‘monumental’ deal that will see Coventry City FC return to the Ricoh Arena, after more than a year of negotiations.

Coventry City have finalised a deal to return to the ground for their home matches next season, after an agreement with rugby union side Wasps - the owners of the stadium – was reached.

I operated as a mediator in the talks, and both parties have expressed their thanks after the historic 10-year license was agreed.

I am beyond thrilled that after more than a year of mediation, we’ve finally struck the deal that sees Coventry City Football Club’s return to the Ricoh Arena.

It was never right for a city of Coventry’s stature to have its football club playing its home games in another city, and I know what a sore spot it was for the fans who take such pride in both their team and their city.

This is what drove me throughout the negotiations, and I am so delighted that persistence has paid off and we’ve got the positive outcome the city and its football fans so badly deserved.

It has been a rollercoaster of a year trying to get this deal done, but I want to say an enormous thank you to the owners, CEOs, and their teams at both CCFC and Wasps for sticking with discussions and coming back round the table even when it looked like any homecoming was dead in the water.

This was a monumental day for Coventry, and I am pleased as Mayor to have been able to play my part in helping to make it happen.