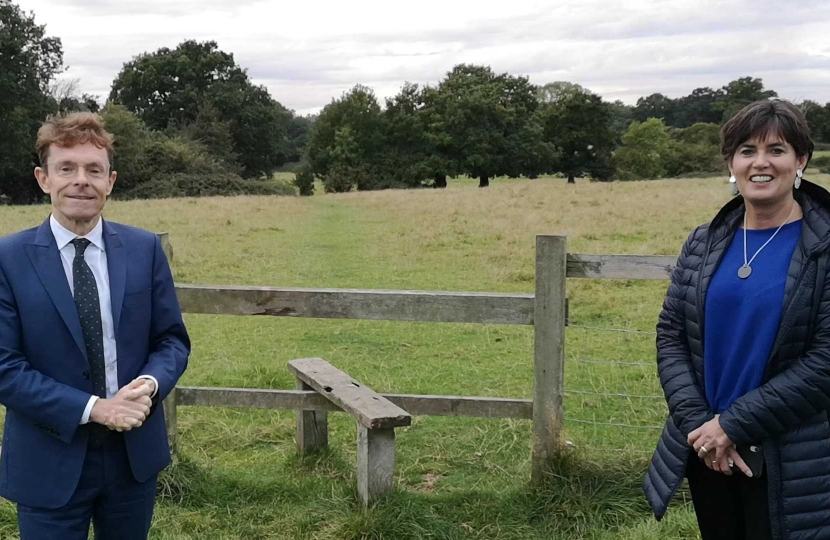 A six-point pledge drawn up by Solihull’s Conservative Council and one that I have backed hopes to address the ‘formidable challenge’ of defending more Green Belt sites while building the new homes needed in the borough.

The pledge includes creating a new Local Plan which would help local leaders reject developments deemed unacceptable, building hundreds of homes in the town centre and supporting ‘brownfield first’ projects in the borough and across the region.

A Local Plan is an official document setting out the borough’s plan for the future development of the local area, guiding decisions on whether or not planning applications can be granted and outlining how many homes are built and where.

Solihull Council leader Ian Courts Solihull said: “Giving more local people the opportunity to own a home of their own, whilst defending more of our precious Green Belt, is the formidable challenge facing all of us in our borough.

“Our Conservative Council and West Midlands Mayor Andy Street are working together to address both of these two aims. There are no easy answers to this challenge, but we believe this six-point pledge provides a way forward.”

“Having a Local Plan is critical in preventing local communities being picked off with a deluge of inappropriate planning applications and developments so we are acting to tackle this threat.”

The six-point pledge proposes to:

Cllr Courts added: “By following these six points, we will significantly reduce the threat to our Green Belt, whilst meeting the huge demand from local families and residents for a home of their own in the borough.

“Solihull has long been recognized for its parks and green spaces, its trees, its character, and its environment. This is what we want to enhance and encourage.”

At a regional level we are working to deliver promote a ‘brownfield first’ approach to housing – and have brought in £434million to clean up derelict sites for homes, easing pressure on Green Belt sites in places like Solihull. Without this regional approach that I am leading, with the backing of Solihull Council, the pressure for Green Belt development would be much worse.

Solihull Council have been exhaustive in their approach to ensure the absolute minimum impact on the Green Belt with their plans and I welcome their determination and strategy to reduce the environmental impact of providing much-needed homes.