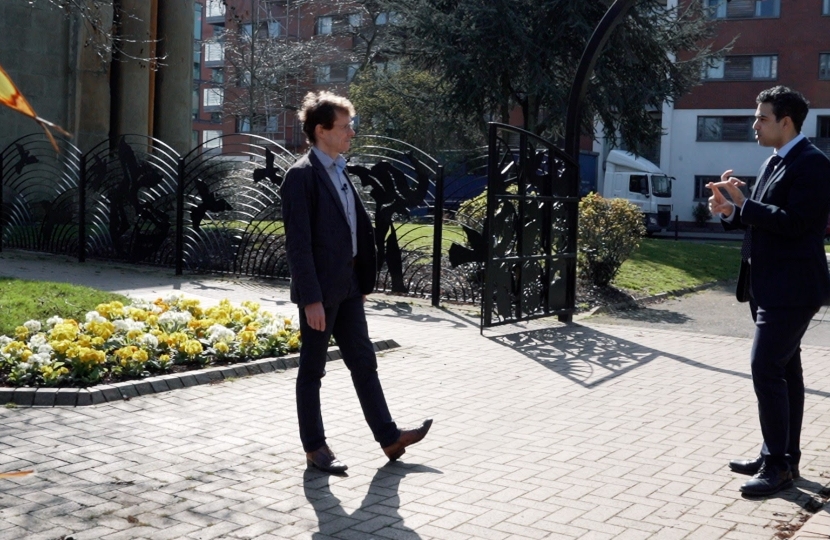 My bid to retain the Mayoralty has received a boost after one of my rival candidates announced he was withdrawing from the race and endorsing my re-election campaign.

Ashvir Sangha’s decision comes just before the 8th April deadline for mayoral candidates to formally nominate. Mr Sangha said he’d made his decision after careful consideration because he believed that it was in the best interests of the region for me to continue as Mayor.

Birmingham-raised Mr Sangha, 32, was standing as an independent, promising a “new style, new vision and new generation in local politics” tapping into the region’s youth and diversity. However, he has announced he is withdrawing to support me and my plans for 100,000 new jobs in the next two years, extensive transport improvements and further progress on housing & homelessness.

Mr Sangha said: “Here in Birmingham & across the West Midlands, we’re facing tough times post-pandemic. Who we choose to make our next Mayor will decide how we bounce back. With one month to go until election day, it’s clear that this is a two-horse race between Mayor Andy Street and his Labour challenger Liam Byrne. On the one hand, there’s Andy - the former John Lewis boss who chose to leave business & serve as Mayor bringing his skills, character & connections to the job. And on the other hand, there’s Liam - a traditional politician & Labour Party lifer who in my view represents the same old politics that I’ve campaigned against.”

“The future of our region is too important to be reduced to a party political football of Red vs Blue. It’s time to unite around the right candidate irrespective of historical voting habits. Andy is an honest, pragmatic & independent-minded leader focused on delivery. This is a rare combination in politics. He’s worked cross-party to champion the region. He has been different to other Mayors. He’s listened & learnt during his time in office and undoubtedly stands the best chance of securing more devolution. Just when we’re starting to see wins roll in for the West Midlands, let’s stick with the Mayor who helped get those wins. Anyone can say nice words but as voters, we have to ask ourselves - who will actually get it done? It’s a close race. It’s time to withdraw and throw my support behind Andy to help tip the balance in the right direction.”

I have welcomed Mr Sangha’s support and he had put the interests of the region first in ending his own political bid. Ashvir was a passionate candidate for the Mayor’s office with innovative ideas drawing on his background as an entrepreneur in education. Making the decision to withdraw must have been incredibly hard. I am very grateful for his support and I’m sure he will find other ways to contribute in the months and years ahead.