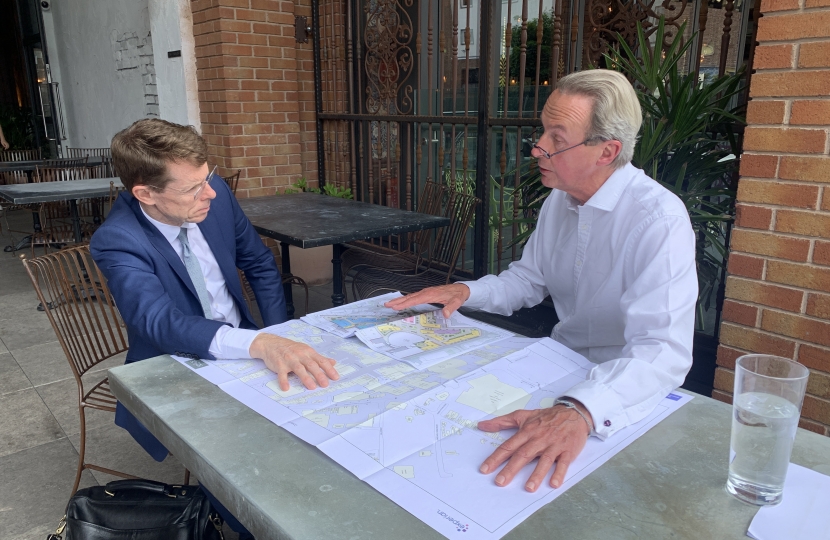 Coventry City Centre is benefitting from millions of pounds of investment that will help it bounce back after the pandemic.

Huge developments, new facilities and improvements to the layout of the centre will help generate jobs, attract further investment and provide new homes.

All of our city and town centres face challenges in the future, and it is crucial that we bring in investment to revitalise them as we recover from the COVID pandemic.

But I think that Coventry City Centre is well placed to prosper in the future, because of the drive of local people and businesses and because of the huge amounts of investment that we have been able to attract.

Regional investment of £51million is going into the flagship Friargate office development in the city centre – right next to Coventry’s central railway station – bringing in high-quality jobs to support the City Centre economy.

Friargate is a critical part of the regeneration of Coventry, and it is great to see work get underway on the second building.

As many Coventrians will know this project has been a long time coming, but I am delighted that after more than £50m on the table by the region, Two Friargate was able to move forward.

As well as helping to fund this scheme, the WMCA is also the single biggest investor in Coventry City of Culture, and is funding nearly £40million towards the redevelopment of Coventry railway station.

Coventry is key to the future success of the West Midlands and our economic recovery from the coronavirus pandemic, and I remain committed to helping regenerate the city.

More than £95m of regional funding has also been set aside for the “City Centre South” transformation.

City Centre South represented a 21st-century rethink, moving away from the reliance on big anchor stores and making city centre living a reality by creating hundreds of new homes on a reclaimed brownfield site.

City Centre South, and other major schemes already underway in Coventry, can lay the groundwork for the new jobs, homes and commerce we will need to recharge our local economy throughout the recovery.

It is estimated that City Centre South will bring at least a thousand new jobs, with another 620 when construction begins. But this is just one facet of our plans for Coventry, which are transforming the city.