My Transport Plan Progress: One Year On | The Conservative Party Skip to main content

My Transport Plan Progress: One Year On 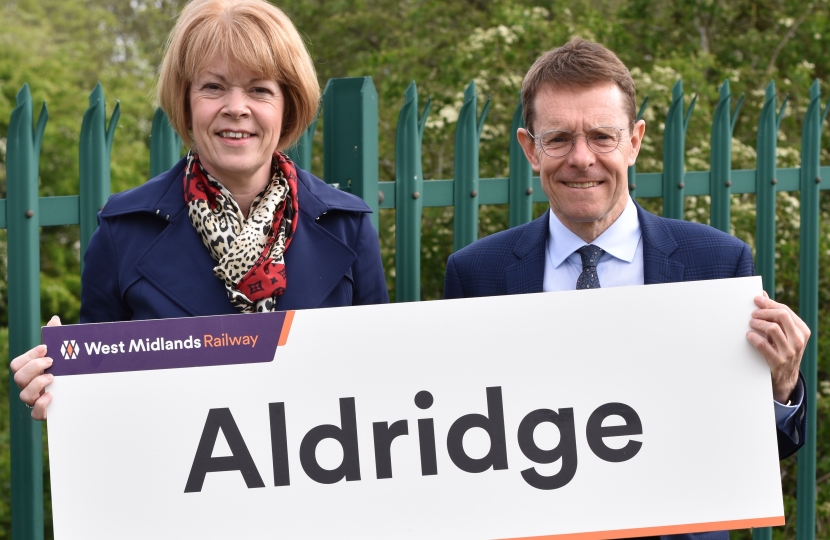 A year ago, I stood in the halls of Aldridge Transport Museum, surrounded by historic vehicles of all shapes and sizes, to unveil my 2040 Transport Plan. The museum is a great place to learn how we got about in the past – and it was the perfect venue to launch a vision for the future of transport in the West Midlands.

An ambitious 20-year vision of how our towns and cities will need to be linked in the coming decades, the 2040 Transport Plan involves various modes of transport including Metro, rail, bus and high-tech vehicles. It envisages 150 miles of new Metro lines and calls to reopen long-closed railway stations, as well as pioneering Very Light Rail technology and driverless vehicles. 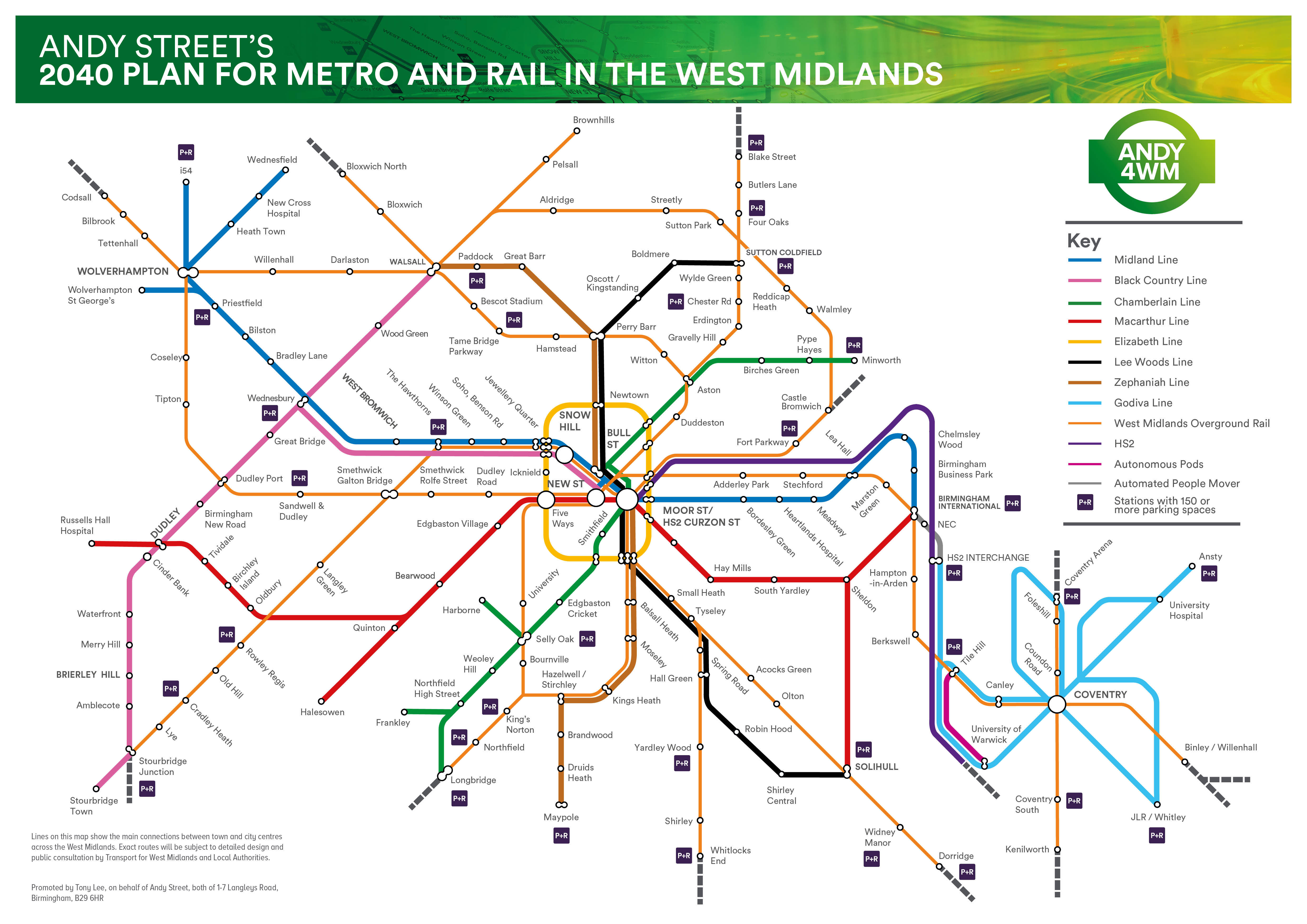 My plan captured the imagination of local people, partly thanks to a Tube-style map which lays out just how all of these new networks would knit together to provide the connectivity needed for the West Midlands in the second part of the 21st Century.

Of course, creating an Underground-style map also clearly signalled my determination to build a transport network of the standard enjoyed by the capital for decades – with the funding to match.

The message was clear - this was no fanciful vision, it was an achievable route to overcome decades of underinvestment, creating a transport network that will link communities, attract business and investment and connect people to new opportunities.

Yes, it requires serious investment, but if we truly want to ‘level up’ our nation’s economy and repay the trust of voters in the Midlands and the North, this kind of ambition is vital. In fact, the investment required– costed at £15billion over 20 years – is the same as the initial budget for Crossrail, which forms just one part of London’s network.

As we plot our way out of the coronavirus pandemic, transport infrastructure will be critical to our economic recovery as a region. And despite the many challenges of the last year, we have been getting on with the job. Thanks to the determination and professionalism of our teams, work has continued apace, despite COVID 19.

In central Birmingham, the ‘Westside’ Metro extension from Centenary Square to Edgbaston village is set to open later this year, while work has started in Digbeth, on the ‘Eastside’ line, which will take the Metro through to link with HS2 at the new Curzon Street station.

However, the crucial point about my plan is that it is not just about pouring money into Birmingham City Centre. This represents our own West Midlands version of ‘levelling up’ – as we focus well beyond the Second City.

Two of our largest projects are brand new stations for our other two great cities – Coventry and Wolverhampton. Both are progressing fast and Wolverhampton will open in the spring – along with a new link to the Metro network.

Elsewhere on the railways, we have made major progress on our plans to work with Government and our local Councils to reverse the Beeching cuts and reopen long-closed stations. Planning permission has been secured for five new stations – including in the heart of the Black Country in Darlaston and Willenhall, with the local business cases approved and work set to start soon.

This is just the start. We are about to bombard Grant Shapps and his team with plans for many more stations, including Tettenhall in Wolverhampton, three more in Coventry, at Binley, Coundon and Foleshill, and at the Fort and Castle Bromwich in North Birmingham, creating Birmingham’s third cross-city line.

The Metro section of my plan is also progressing at pace. Not long after becoming Mayor, I secured £250million of Government support to extend the Metro network. Looking back now, that early win not only indicated a shift in onus after years of underinvestment in the region, but it also illustrated that a Conservative Mayor could get things done after decades of Labour inaction. That money has underpinned the rapid expansion of the Metro, putting diggers in the ground, laying track and providing tangible, visible evidence of ‘levelling up’ in action. 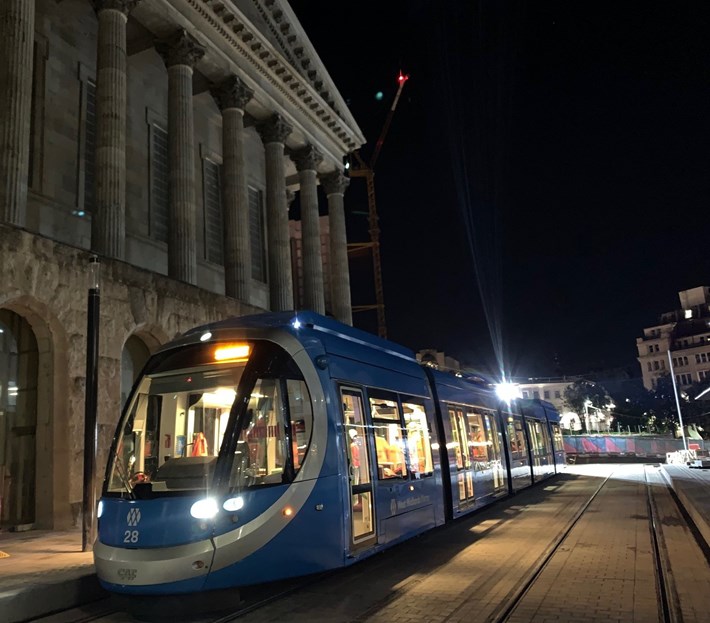 For example, the work to extend the Metro through more of Sandwell, past Tipton and out to Dudley and Brierley Hill is now well underway with the major engineering work started. In many ways, Metro is the West Midlands’ Crossrail, creating an East-West link across the conurbation.

Huge progress has also been made on the buses network, which remains the backbone of public transport here, with 267 million journeys a year compared to 50 million for rail and about 7 million on the Metro. Our bus fleet has been continually improved, with new vehicles and cutting edge technology. National Express’s Platinum buses boast comfier seats, USB points to charge phones, crystal-clear CCTV, bright LED interior lighting and improved soundproofing.

This spring, 20 new hydrogen buses - which consume four times less fuel compared to diesel buses and cover 300 miles on a single tank - will be introduced in Birmingham. Coventry has been selected to develop a business case to switch the entire city’s bus fleet to electric vehicles. Finally, National Express has announced a fourth consecutive annual fare freeze – a huge contribution to millions of families here at such a difficult time.

Then there is ‘Very Light Rail’, a pioneering concept that draws on design and component expertise from our auto industry to create a relatively low-cost streetcar system.

The Very Light Rail Innovation Centre, now being built in Dudley, will design and develop lightweight rail vehicles and include 2km of test tracks. It will test the new VLR system that is being built now in Coventry and will soon be rolled out in the city and hopefully more places across in the UK and around the world. In VLR, West Midlands industry is once again driving innovation.

What the transport map doesn’t show are the numerous other schemes on the table to improve cycling, walking and healthier ways of getting around which will also play a part in revolutionising how people move about the conurbation.

We aren’t going to overturn 40 years underinvestment in the West Midlands in just four years, but we are moving forward at pace and are on target.

That has been possible because of our partnership working with Government, Councils, transport operators and the region as a whole. It has also shown the ability of a Conservative Mayor to get things moving after so many decades of congested roads, poor services and neglected infrastructure.

And what of Aldridge, home of the Transport Museum where I launched my plan last year? Well, we’ve just purchased a site in the village to enable us to re-open the station there, which would see a passenger service reintroduced for the first time in 56 years. It is another stop on a route map that is showing real progress.