My Manifesto: Let's Get Our Region Back On Track And Unleash Our Potential | The Conservative Party Skip to main content

My Manifesto: Let's Get Our Region Back On Track And Unleash Our Potential 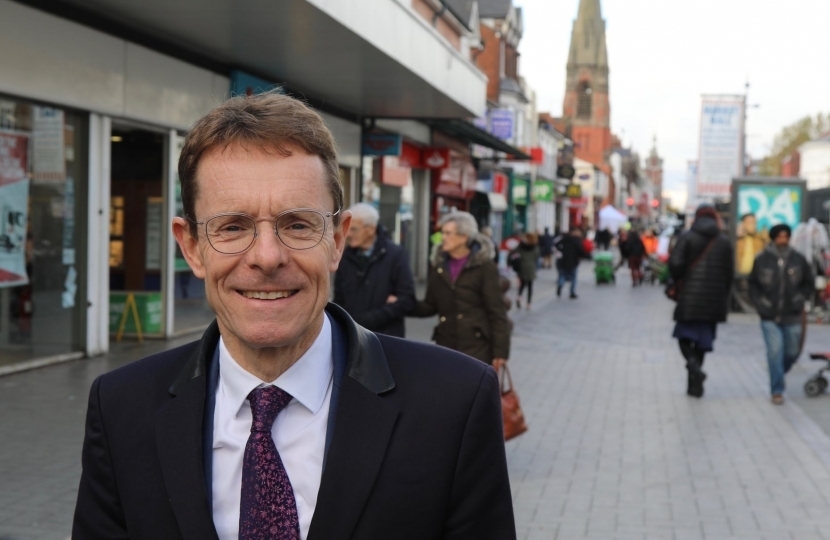 Over the last four years, we had started to see the West Midlands reclaim its rightful place as a thriving and economically successful region. But the region has been particularly hard hit by the COVID pandemic, and there is much more to do to make sure that we don’t throw away those years of progress.

As we get ready to show off the West Midlands to the world with Coventry City of Culture this year and the Birmingham Commonwealth Games next year, we must rebuild a successful economy, where the benefits of growth are shared with everyone.

On 4 May 2017, I was honoured to be elected as the first Mayor of the West Midlands, representing around three million people across Birmingham, Coventry, Solihull and the Black Country. The job of the Mayor is to tackle the local issues which affect people in the region:

It’s a big job, with responsibility for overseeing billions of pounds of investment, and the ability to attract billions more. I have taken the skills that I learnt in business, during my thirty-year career at John Lewis, and applied them to the job of Mayor. My approach has been to work hard every day to benefit the region where I grew up and which is my home. I have always aimed to:

● Take a business-like practical approach to improving people’s lives
● Bring people together to get things done, regardless of politics
● Champion the whole West Midlands, not just Birmingham
● Put the West Midlands first, persuading the Government to change their view when necessary

At this election we have a critical choice: do we accelerate the progress of the last four years, or do we go back to the old failing approach which let down our region for decades?

I have worked tirelessly over the last four years to get the West Midlands moving in a positive direction after decades of decline. I promise that if you re-elect me as your Mayor on 6 May, I will do everything in my power to restore pride in the West Midlands.

My manifesto is available to download in full below.