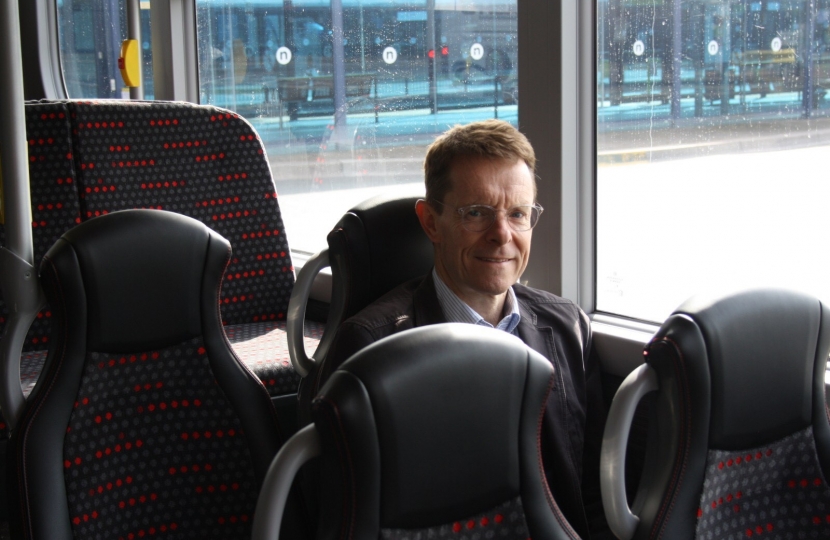 Mr Street, who heads up the West Midlands Combined Authority, has been instrumental in ambitious plans that are set to see Moseley, Kings Heath and Hazelwell railway stations reopen after decades.

Now he says that new funding announced by the Government will further boost public transport, by injecting investment into the number 50 bus route.

“People in Moseley, Kings Heath and Hazelwell can already look forward to major transport improvements, with the reopening of the railway stations that we have been campaigning for,” Mr Street said.

“But if we are really going to revitalise public transport in the region, it’s not just about trains it’s about buses too.

“That’s why I’m delighted that the £24million Government funding for bus improvements will have a positive effect on Moseley. We are contributing £6million locally too, taking the full amount available to £30million. No other big metropolitan area in the UK got this kind of investment, and we are looking to make a real difference with it.

“The money is going to be used to improve the infrastructure of our most important bus routes – to essentially make bus services more reliable - and the route that is going to benefit the most is the Number 50, which goes straight down the Moseley Road.

“It’s already considered by some to be the best bus service in Birmingham and this intends to make it even better, by extending it further into the city centre.

“Together with the plans to reopen the stations, improvements to bus services will provide residents with easier and faster connections to get to the places they need to go and will offer people a real alternative to the car – helping to ease congestion and improving the air we breathe.”

Earlier this year the Government released £15million to fund the new stations, which last welcomed passengers during the Second World War. Under the proposals, there will be two trains an hour into the city centre. The journey will take around 15 minutes - a welcome alternative to queuing on the A435 Alcester Road.

“We are seeing a transport renaissance in the West Midlands, and places like Moseley and Kings Heath are right at the forefront of it,” added Mr Street.