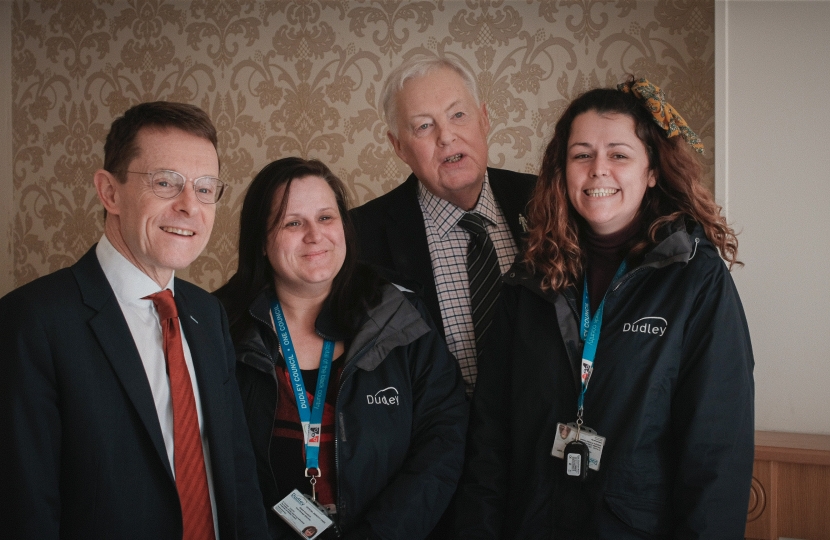 Mayor Andy Street has today called on the Government to extend the funding for the Housing First scheme which has successfully reduced the number of rough sleepers on the streets of the West Midlands.

The scheme has already helped 156 rough sleepers in the West Midlands into homes of their own with specialist wrap-around support for mental health, drug and alcohol issues.

The Mayor has asked for the Government to commit to a further £12M (Around £4M per year for each of the three years 2021-2024), which would provide a Housing First place for 700 more vulnerable people, and broadening the project to include ‘move on’ accommodation for those recovering from serious issues.

The Mayor’s call follows official MHCLG figures released yesterday which showed that the rough sleeper count had decreased by 32% in the last year from 169 to 115 across the West Midlands.

The three pilot areas for Housing First across the country, West Midlands (32%), Greater Manchester (36%) and the Liverpool City Region (28%), had the most significant reductions in rough sleeping of any area in the country.

Andy Street said, “After the promising initial results of Housing First and the decrease in rough sleeping we have seen, we still need to do more to make sure that no-one sleeps rough in the West Midlands.

“That’s why today I’m calling on the Government to extend the funding available for the project, committing another £12M to the project until 2024 so that we can eliminate rough sleeping and tackle the root causes of homelessness”.

Andy made his call to Government on the day that the West Midlands Change Into Action ‘alternative giving’ scheme was rolled out in Coventry. The scheme ensures that the public know that their donations are going to specialist homeless experts who can properly support the homeless.

If re-elected as Mayor, Andy Street will continue the work of the West Midlands Homelessness Taskforce, and he has pledged to:

Andy Street, the former Managing Director of John Lewis said: “If I am re-elected as Mayor in May tackling homelessness and rough sleeping remain a priority for me. We need to go beyond just focusing on rough sleeping and work to ‘design out’ the root causes of homelessness.

“I would like to thank all of the public servants, faith and charity groups and volunteers who have been on the frontline of tackling homelessness in the West Midlands. It is a team effort, and all of their hard work is beginning to show in the figures.

There’s much more to do, and I hope I can play my part in the years ahead.”