Mayor Back Residents’ Battle To Save Seven Cornfields 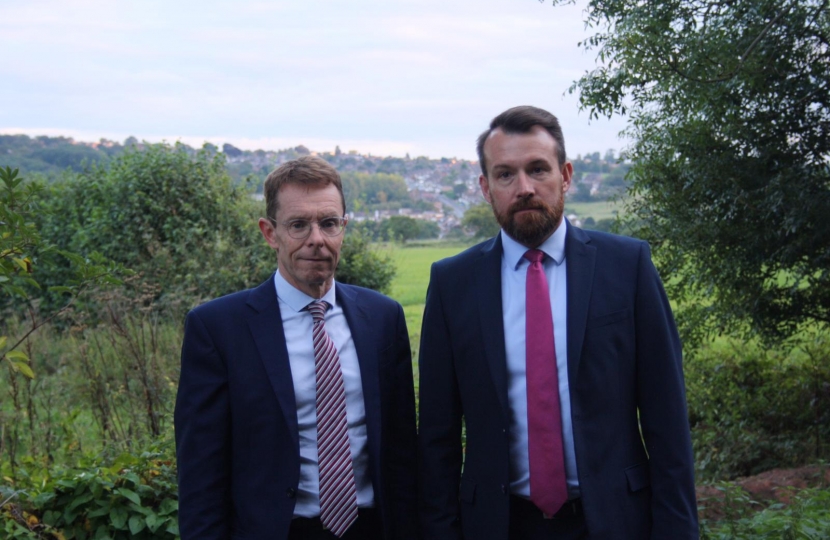 Mr Street, who heads up the West Midlands Combined Authority (WMCA), added his voice to concerns over the controversial Seven Cornfields housing estate plan, calling on councils to look to old industrial ‘brownfield’ sites to develop.

He also praised campaigners for their determination to block the proposal, which would see 1,300 homes built on 284 acres of Green Belt land near Penn Common.

“I do not accept that development on the Green Belt is inevitable," he said.

"My message is simple – we should pursue a ‘brownfield first’ policy that focuses on reclaiming old industrial sites, to avoid building on Green Belt. Thanks to the Government we have hundreds of millions of pounds to make that possible – you only have to look at the huge site off Cable Street and Steelhouse Lane in Wolverhampton to see the policy in action.”

“At the moment, the Black Country Core Strategy is being drawn up, which will decide where new homes should be built. We want to make it clear that we are determined to protect our Green Belt and open spaces.

“As Mayor, I can help to ensure that we deliver on that ‘Brownfield first’ promise.

“We’re talking about the kind of former industrial sites that we have plenty of across the Black Country. That is where we must focus on first when building new homes.”

Mr Street said that with the creation of the National Centre for Construction and Development Excellence at Wolverhampton’s Springfield Campus, the city could become a world leader in reclaiming old industrial sites.

“The idea is that students will be able to learn state-of-the-art construction techniques and apply them to derelict brownfield sites across the region, meaning it is less likely places like the Seven Cornfields will be targeted by developers,” he said.

“We are seeing this kind of land reclamation happening across the Black Country, creating new homes and business sites, helping to create new jobs and protecting the green belt”.