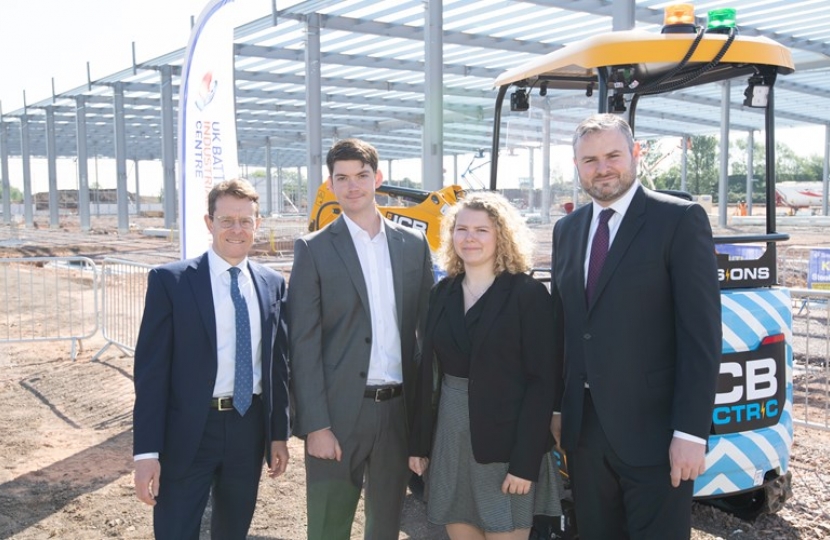 West Midlands Mayor Andy Street has slammed Labour plans that would overlook the region as the potential site for a new Gigafactory.

Business leaders have campaigned for the giant electric battery factory to be built in the West Midlands Combined Authority (WMCA) area, saying it would generate more than 1,000 jobs in the UK’s automotive heartland.

However, last week Labour confirmed in its manifesto that it preferred three sites outside the WMCA - with the closest one in Stoke-on-Trent.

Conservative Mayor Mr Street, who is ‘actively seeking’ a site for a 1.9 million sq ft factory in the region, said it would enable the UK to compete on the global electric car manufacturing stage.

"In picking the locations they have, Labour have ignored the most obvious home for this vital state-of-the-art facility – the West Midlands," Mr Street said.

“We have an automotive cluster, based around the flagship that is Jaguar Land Rover. We have a huge network of supply and support firms that have developed over decades. We are at the heart of the UK’s automotive industry – this is the obvious place to build a gigafactory.

“The Government has already played an important role in helping make the West Midlands competitive in this race, investing £108million in a state-of-the-art Battery Industrialisation Centre in Coventry, and creating the Centre for Connected and Autonomous Vehicles.

“The future of the UK’s automotive sector is directly linked to the success of the gigafactory concept and building it in the wrong place increases the chances of failure.

“This is not a decision that should be used simply to win votes – it is much more important than that.

"It is a real shame that Labour have not recognised this, and that the Labour MPs who represent our region have not been able to make this case.

"I will continue to lobby the incoming government to make sure the UK’s first gigafactory is built in the obvious place - here in the West Midlands."