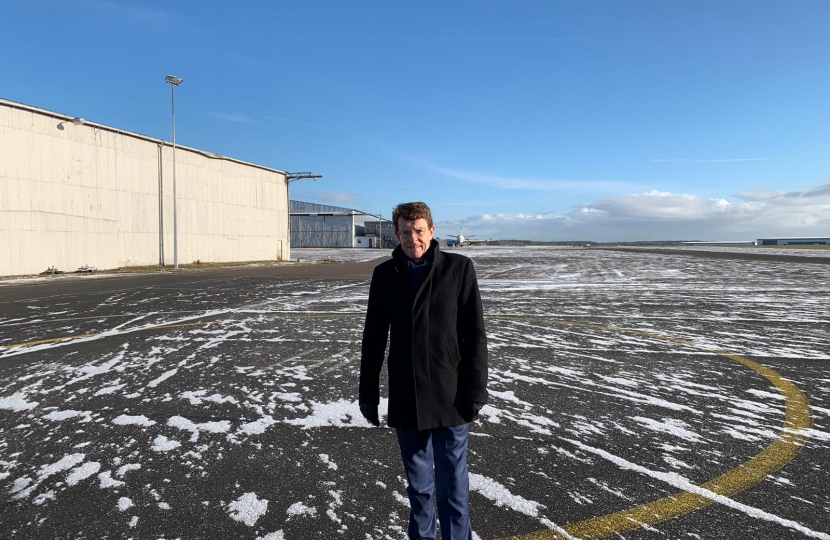 Jaguar Land Rover, which has a site in Solihull, has recently announced that it intends to become an "all-electric" brand.

Neighbouring Coventry City Council and Coventry Airport Ltd have developed proposals for the Gigafactory at Coventry Airport. I am currently in talks with the Government about securing a share of £500m to help make the plan a reality.

This Gigafactory is seen as absolutely crucial to industry in the region.

This is about saying to potential partners we have identified a site and are preparing it so it is ready to go.

Although it's happening in Coventry, this has the support of the Combined Authority and neighbouring councils, including Solihull where, of course, JLR provide thousands of jobs. It's seen very much as a regional facility.

We need action not spreadsheets, and I am talking to the Government now to put the case. Councillor Ian Courts, Leader of Solihull Council, said: “There are 46,000 jobs in the automotive supply chain in the West Midlands, with thousands in Solihull, and many more in the supply chain below that, such as in the metal industry.

“Now we need ministers to join the team and back us with the funds needed. I’ll be working with Andy Street to make sure they see that this is the right place to build the UK’s first Gigafactory.”

I've argued for more than two years that a Gigafactory is key to the future of manufacturing across the West Midlands. As carmakers move to manufacturing electric vehicles, they are expected to move production to areas close to car battery factories, which represent 40% of the value of a vehicle.

Winning the Gigafactory for the region will be alone worth an estimated 4,000 new green jobs as well as supporting the region’s existing automotive jobs.