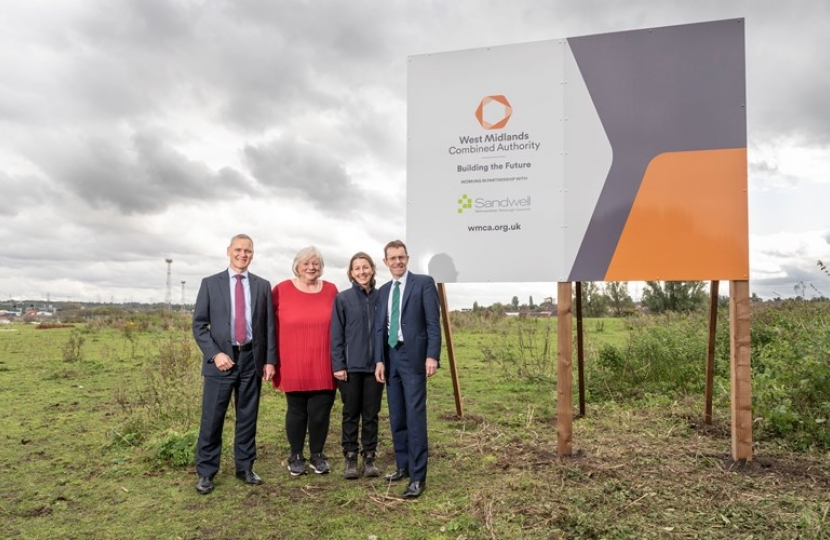 Mr Street, who heads up the West Midlands Combined Authority, was speaking after a report – called the Urban Capacity Review - claimed the revealed green spaces will need to make way for almost 27,000 new homes at 26 sites across the Black Country.

But West Midlands Mayor Mr Street said he refused to accept the findings of the report – and said that Wednesbury’s enormous Friar Park development was evidence that reclaimed industrial land could be used instead of cherished open spaces.

The equivalent of more than 32 football pitches at Friar Park will be transformed into 750 new homes after an old sewage works was snapped up by the West Midlands Combined Authority (WMCA).

Mr Street said: “This site at Friar Park, one of the biggest in the Black Country, sat derelict for more than 30 years with no developer taking it on. It is the biggest site we have and shows just what can be achieved if we concentrate on brownfield sites.

“It cannot be right that our green belt is being targeted for new homes while major sites like this are left untouched year after year.

“I simply don’t accept this report and I will do everything I can to oppose its conclusions. Friar Park is one of those touchstone developments that shows just what is possible by regenerating old industrial sites.

“For years the easy option has been taken in too many cases with green fields sacrificed for building when brownfield sites have been left derelict.

The former sewage works, which have been bought from Severn Trent, covers just under half the overall 26.4 hectare site, with the remaining majority of the site owned by Sandwell Council.

The deal, a joint venture between Sandwell Council and WMCA, unlocks the biggest brownfield housing site in the region, which bosses say will help to reduce pressure on the green belt.

The WMCA will fund a major clean-up of the land, which has been home to a hospital and iron foundry in the past. It will then work with the council on an ambitious masterplan for the site, with a consultation, before bringing on board development partners.