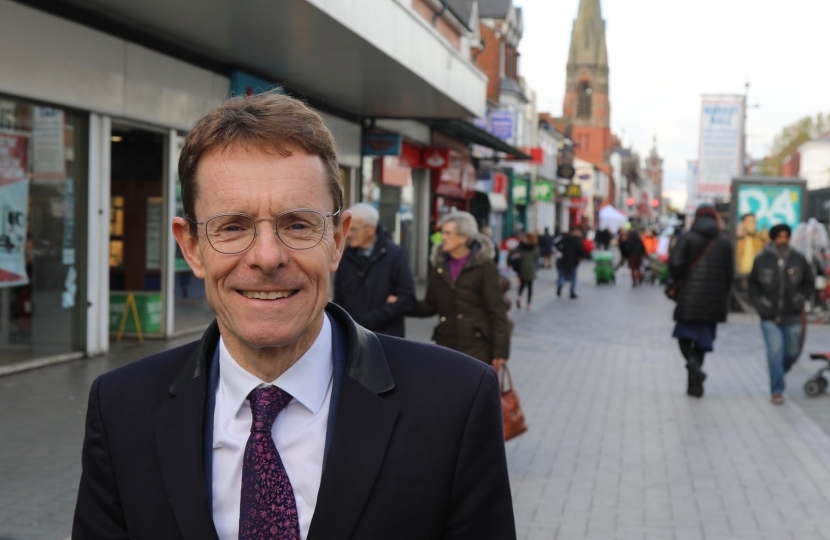 Right now, all our efforts are rightly focussed on the two key challenges of bringing down the infection rate while rolling out vaccinations. At the same time, unprecedented financial support continues with huge investment in projects that will help kickstart the economy and create new jobs.

Yet only a few weeks ago the Government achieved what for a time seemed in peril – a free trade deal with our biggest trading partners, the EU. We must not overlook what a critical moment this was for our nation, or the countless businesses and jobs that depend on it.

The news was met with real relief here in the West Midlands. I had long argued how vital a deal was for our economy, given that exporting makes up a bigger proportion of our GDP than any other English region.

Throughout the Brexit debate, much was made of the new opportunities that would flow from leaving the EU. Now we must be relentless in seeking and securing those opportunities.

In this column, I want to outline how one of these opportunities lies within our all-important automotive industry – and how investing in its future success can deliver benefits far beyond the car factories themselves to create a new economic bedrock for the region, post-Brexit.

Of course, when we talk about the automotive industry we primarily think about the car manufacturers themselves, like Jaguar Land Rover here in the West Midlands. Today, JLR is the flagship of a 21st-century automotive cluster, a concentration of businesses which has evolved from our hey-day as Britain’s motoring heartland.

After all, Jaguar is just one of the many motoring brands with historic links to our region: Rover, Singer, Triumph, Healey, Humber, Standard, Land Rover, Daimler, Morris, Austin, Hillman – the list goes on and on. But while these famous names employed thousands on their assembly lines, it was the vast supply chains that supported them that were the backbone of our broader industrial strength.

Back then, huge Birmingham companies like Lucas and Dunlop dominated the supply chain and provided mass employment at landmark premises, but a myriad of smaller operations supported them too. But here is the opportunity that Brexit brings – in the small print.

As part of being able to continue to trade tariff-free in the future, products built here will have to have a minimum amount of their parts made here - or in the EU - to count as British when it comes to exporting.

This concept is called “Rules of Origin” – not the most exciting of phrases but something I, and others, have been campaigning relentlessly on. It simply means that for a product to be classified as “Made in Britain” it has to include a significant proportion of British parts – and not just be a collection of foreign components with a Union flag stuck on it at the last minute and marked “British”. This requirement offers a huge opportunity to expand the local supply chain for our biggest manufacturing industry.

As in many manufacturing sectors, in recent decades much of our automotive supply chain has, regrettably, moved from the West Midlands to Asia and the rest of the world, taking with it quality jobs. Now, as a result of the EU trade deal, the automotive industry and others have a driving imperative to source more parts and components from the UK – or face tariffs that will make its exports uncompetitive in our biggest trading partner.

The threshold for British-made parts starts at 40% but will rapidly reach 55% as a minimum – creating huge scope and opportunity to rebuild and expand our automotive supply chain. Crucially, as part of the agreement, components can be made here or in the EU, retaining trading ties that allow important practices such as “just in time delivery”. However, there is a real imperative to expand our local supply chain.

Let’s be clear: we already have a good start, with a successful supply chain already in place. We have a huge network of support firms that have developed over decades, with a track record of transforming to meet the changing demands of the automotive sector. We also have the foundation industries that make the metals and materials that underpin vehicle manufacture at more than 20 sites. 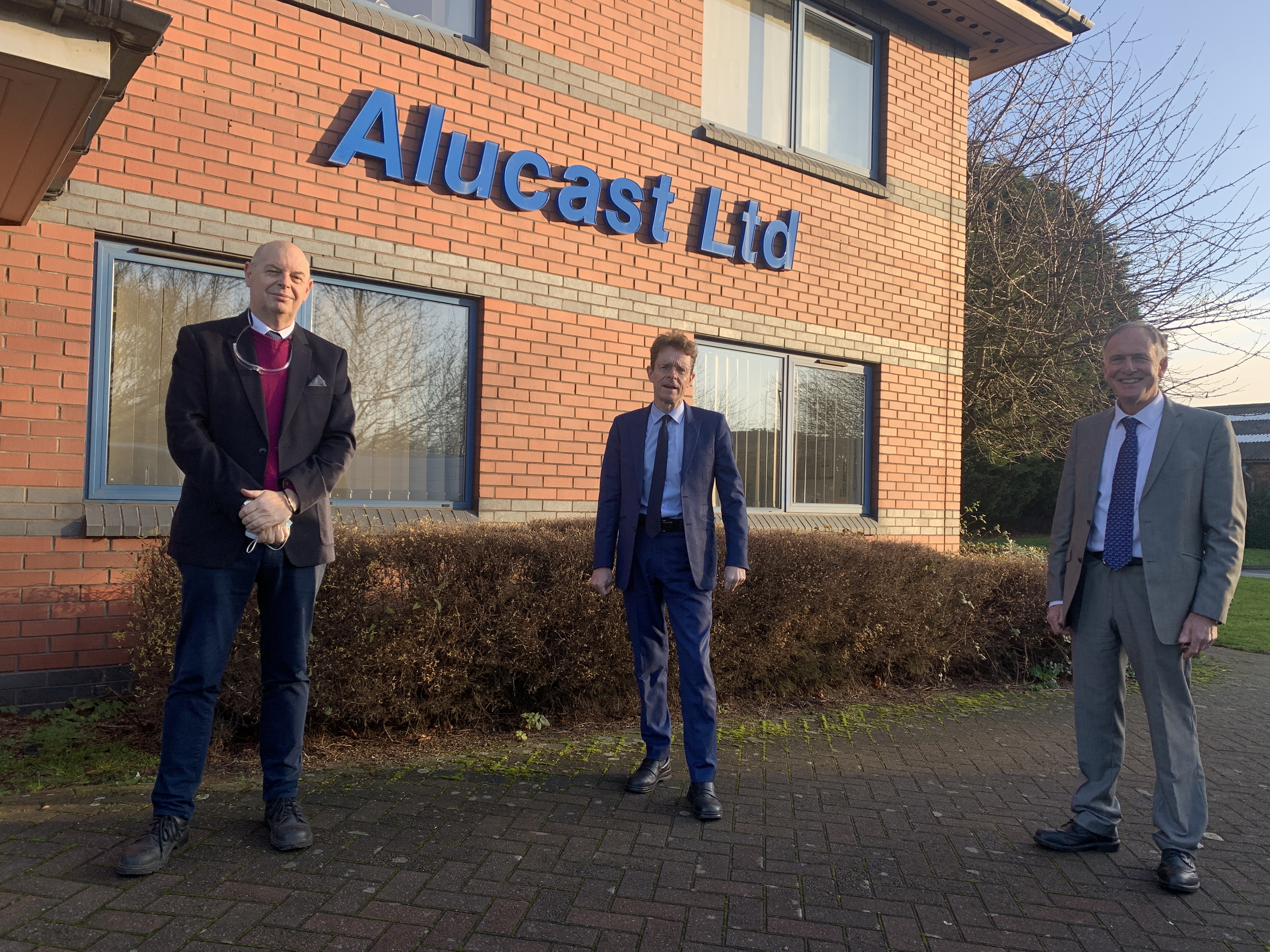 Some firms are already leading the fightback, like Alucast in the Black Country, who I recently visited – an automotive supplier expanding and growing by adopting new technology. We are well placed to take advantage of the trade deal and grow this ecosystem of suppliers. While the days when almost every car part was made locally are a distant memory, we now have a real chance to bring some of these jobs and plants back from Asia to the West Midlands.

However, this is not about returning to the past, it is about embracing the future. In ten years’ time, the only new cars sold in Britain will be electric or hybrids. The entire sector is on the cusp of a revolution that will require not only rethinking its products but retooling and refitting much of the industry itself.

The highest value parts in any electric car will be the batteries that power it. So, ensuring our own ability to build these car batteries at scale in this country is critical. That means Gigafactories, like the one built by Tesla in Nevada. The Government has recognised this by allocating £500m towards this technology. Here, in the West Midlands, £108million has already been invested in a state-of-the-art Battery Industrialisation Centre in Coventry.

A Gigafactory, and the supply chain that would gravitate around it, will make a huge contribution to meeting the need for British-built parts in our cars. It will be vital not just future jobs, but for keeping the ones we have.

The impact of coronavirus must remain our main focus, as we fight to protect the NHS and livelihoods. The pandemic has had a huge impact on the West Midlands economy. The Brexit deal provided one of the few moments of real optimism for business.

Now we must grasp the chance to start a major expansion of our automotive supply chain. For the British car industry to thrive in the future it needs more British-built parts – and that means more British jobs. As we plot our way out of the pandemic, the small print of the EU trade deal offers a very big opportunity indeed.

I am reaching out to the region, by relaunching my popular ‘Ask Andy’ public meetings with a series of 15 live webinars.