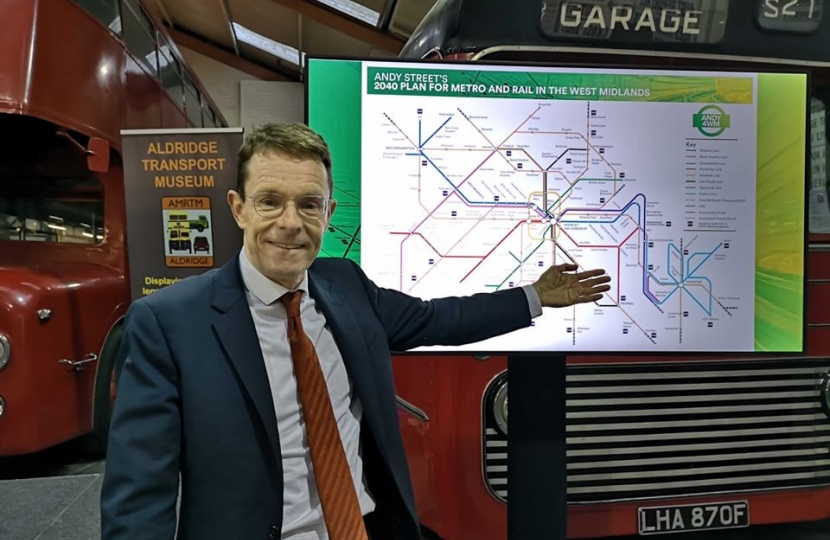 Mr Street, who grew up in Solihull, said: “The transport changes outlined for Solihull and Shirley are tremendously exciting. A new Metro line will create a new ‘Shirley central’ stop directly linked to Solihull town centre, as well as stopping at Robin Hood Island on its way to Birmingham.

“Another new Line will provide a direct Metro link between Solihull and Sheldon, opening up the east of Birmingham and the wider region.  Where necessary, this line could go underground to ensure the minimum of disruption.

“Then there’s the Midland Metro line, which will reach out to Chelmsley Wood before joining the new HS2 interchange, and all the connectivity that will bring for residents.

There will be a direct Metro Line between Solihull town centre and Sheldon. Where the road is narrow, lines could go underground using the ‘cut and cover’ method seen in New York.

Finally, the existing Midland Metro Line will extend to Chemlsey Wood, before reaching the HS2 interchange.