5 ways Coventry City of Culture will Benefit the West Midlands 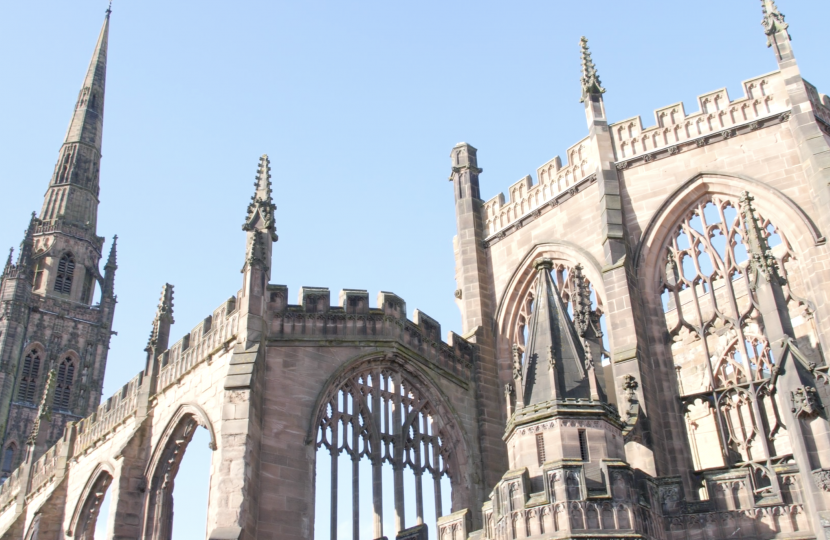 I believe that the Coventry City of Culture will benefit the West Midlands in many ways.

Coventry was awarded the title in December 2017 after competing against eleven other cities.

The UK City of Culture offers a unique opportunity for Coventry to showcase itself to the world. It really is absolutely vital that we make not only a wonderful first impression but create a lasting legacy for those living in Coventry.

As we face the challenges of COVID, the opportunities presented by the City of Culture are a core part of the region’s recovery plan.

The cultural impact of the celebrations - which start on Saturday - 15 May, would be one of its most enduring benefits. I think one of the greatest legacies of the City of Culture will be how it generates local pride by bringing people together.

A cultural programme with more than £30 million has been put together, but I think there will be huge social benefits too. We expect, for instance, to see a 20% increase in audiences from Black, Asian and minority ethnic communities during the celebrations.

After the challenges of this year, the City of Culture is something we can all look forward to with great excitement.

There is the massive economic benefit that can be measured from the City of Culture.

As well as Government support there are millions being invested by the WMCA and Coventry Council.

Then you have to look at the money that 2.55 million extra visitor days will bring. Between 2018 and 2022, that’s likely to amount to £350 million in terms of direct economic impact.

As the City prepares for the event, massive investment is being made in the city centre that will be of benefit for years to come.

Everyone wants those visitors to see Coventry at its best when the celebrations get underway.

The railway station is being completely upgraded from the 1960s building to create the modern gateway this growing City needs, costing more than £90 million, and money has been put into the Telegraph Hotel and improvements to the street scene.

All of these things, which are being done in time for the City of culture, will remain as part of its legacy.

The event would also create significant job and training opportunities for local people.

An event this size will provide huge opportunities, not least the thousands of jobs in culture, hospitality, tourism, production, stewarding and security we believe it could generate. But on top of that the City of Culture is unlocking all kinds of training and skills opportunities, which will benefit local people in the future.

There is a two-year leadership programme for 15 current and potential future cultural sector leaders, representative of Coventry’s diverse communities. Fifteen new apprenticeships in production, programme, marketing, finance and fundraising are being created.

The WMCA is providing training for up to 500 young people not in employment, education and training. And then, of course, there are the 5000 City Host volunteers who will gain so much experience from welcoming visitors to Coventry.

The City of Culture would raise the profile of Coventry and the West Midlands, by directing media attention at the event.

Just like the Commonwealth Games in 2022, the City of Culture will put us in the spotlight.

We calculate that the coverage and publicity Coventry is likely get, in print, online and through broadcasters, is likely to be worth more than £50 million.